The NMA opposes the use of red-light cameras and proposes engineering solutions as the real fix for intersections with high accident rates. 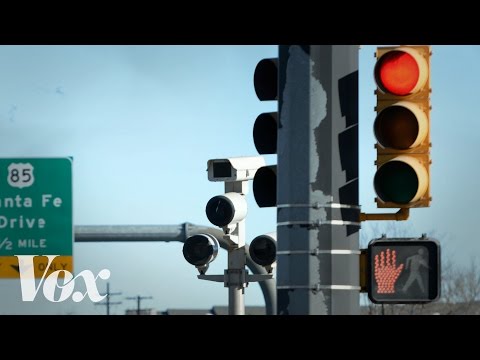 This article lists ten objections that the NMA has to the use of red light cameras.

There are better ways to decrease red light running than ticket cameras; this article details some of those methods.

A collection of media coverage reporting on the increase in accidents at red light ticket camera intersections.

As these studies show, the duration of a yellow light can have a dramatic effect on the number of red light violations.

Is Your Camera Ticket a Fake?

If your red light camera "ticket" does not have the full address and phone number of the Court on it, or if it says, "Do not contact the court," it's most likely not really a ticket at all and you may be able to just ignore it.

A collection of useful articles on red light ticket cameras. A listing of red light camera studies that explore their effect on traffic safety.

Rolling right turn violations have been proven to have very little effect on driver safety, yet cities make large amounts of money by ticketing drivers for these turns.

The NMA has issued a challenge to any city using red light cameras that engineering solutions will improve safety more than using the ticket cameras.

This article outlines some regulations that should be in place if a city insists on using red light ticket cameras.

You can find more information on red light ticket cameras through these resources.